On Monday, a group of young men fired a gel blaster at gay bar Prik on Spuistraat in Amsterdam. One bar guest, a man from Israel, was hit in the eye. It is not yet known if his vision will fully recover. The victim decided not to press charges.

“We noticed that people often shouted at our guests. We were quite shocked about that. But many of our regulars said they got used to it.”

In consultation with the municipality, the bar placed planters along the terrace to create “something of a barrier” between the street and its customers.

“Everyone has a responsibility to live up to the standard that we are a free and diverse city,” Halsema said. She is investigating whether she can do something against gel blasters - toy guns that shoot water bead pellets similar to paintballs. “I find it unbelievable that they can be sold as toys.”

Since the summer, police in the Netherlands have seen an increase in people being shot at with gel blasters.

“The consequences of this can be significant. In addition to causing a burning and painful spot, vulnerable body parts such as eyes can also be hit. Using this weapon also poses other dangers,” police stated.

On top of that, police officers have also drawn their own service weapons and fired warning shots when responding to reports of people carrying firearms which turned out to be realistic-looking gel blasters. 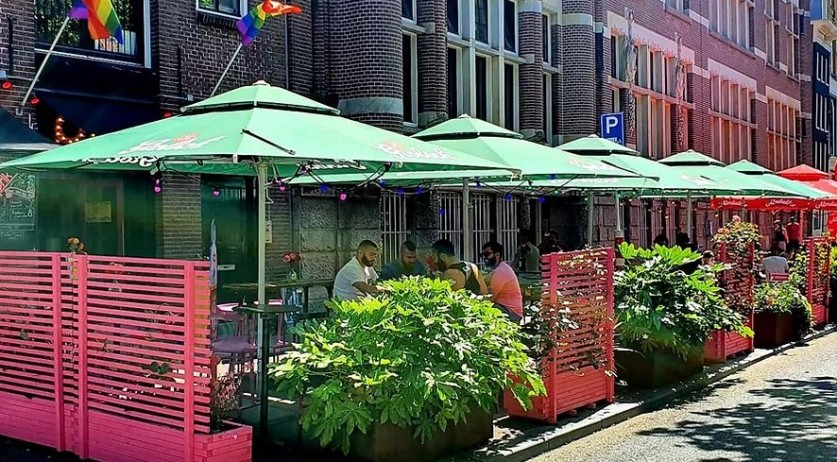