On Sept. 6, students filled Santiago Centro to protest in support of better education standards and facilities, access to food supplies, and the liberation of people arrested during the Estallido Social (the social outburst that began in October 2019).

However, other groups, including those unhappy that the proposed new constitution had been rejected in Sunday’s referendum, soon joined the student protest and tension grew.  Shortly after that, things turned violent when some students, followed by outside individuals, started throwing objects at the police.

The situation then degenerated into a familiar chaos when protesters set fire to a metro bus, set up several flaming barricades, and attacked the outside of the Ministry of Education building. 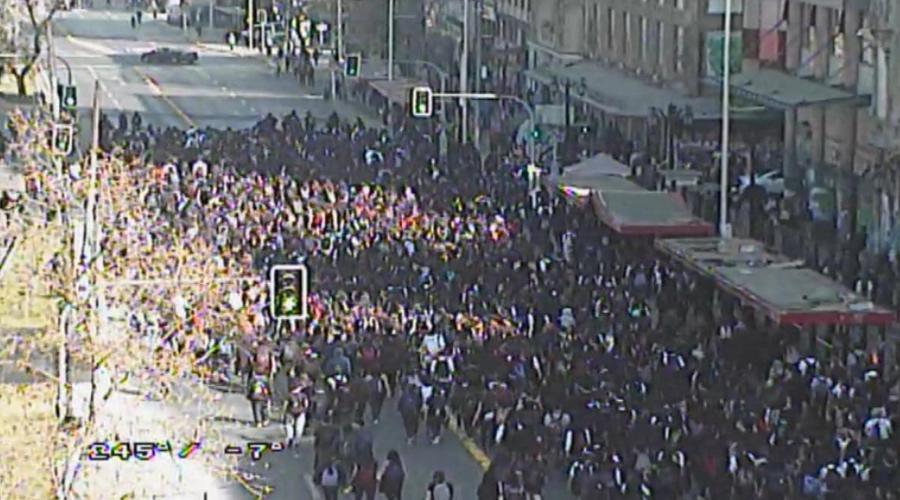